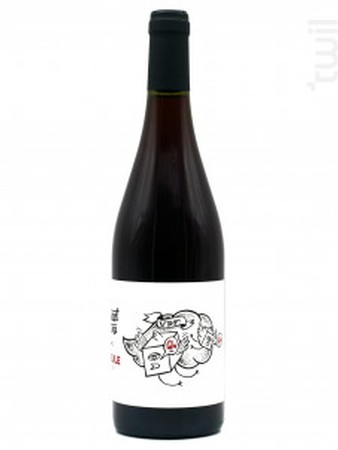 1 In Stock
Be the first to review this item »
Tweet

After working for a short stint as a motorcycle mechanic, in 2014, Pierre Cotton reclaimed one hectare of Côte de Brouilly from his family to make his first cuvée called ‘100% Cotton.’ Inspired by tasting wines with young Beaujolais compatriots Yann Bertrand, Jules Metras, and Keke Descombes, Pierre’s wines are all farmed organically and vinified with precious little sulfur (if any at all – some cuvées are without any – and never more than 10g/l). Following the success of his first wine, Pierre fully took over the family Domaine in 2015. Now, Pierre has expanded the breadth of the winery’s vision and focus with input from his partner, Marine Bonnet, who officially joined the Domaine in 2020, resulting in the Domaine’s name change to Bonnet-Cotton.

All of the wines at Bonnet-Cotton are vinified with native yeast and without SO2 in concrete tanks, then aged underground in century-old large foudres. (These were originally built for holding beer and then repurposed in the 1950s and 60s.) The foudres in which the wines rest range in size from 1400 – 4800L. Winemaking style is typically partial carbonic maceration; Pierre and Marine will use a touch of SO2 (max 10g/l) before bottling if they sense that an entire foudre is anything less than perfect. Most cuvées receive no sulfur additions as long as there isn’t need; the practice is very dependent on vintage and specific barrel. Overall, these are structured Brouilly wines that represent both the strength of the cru but also the freshness and liveliness of the producer—not nearly as dark and black as this southerly village of Odénas might provide.

The most playful wine at the Bonnet-Cotton domain; ‘Ygueule’ is a medieval French word for something like ‘gullet.’ They mean for this wine to be drunk young and easily! Full carbonic maceration of whole clusters in cement tank; then aged in those same for around eight months. Unfined, unfiltered, a touch of SO2.