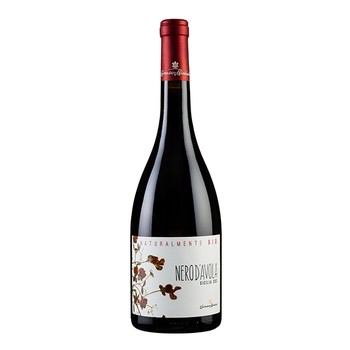 Out Of Stock
Be the first to review this item »
Tweet

Located on Sicily’s western-most coast near the town of Marsala, Caruso & Minini boasts a history that harks back to the late 1800’s when Antonio Caruso bought the company to grow grapes for the nearby Marsala factories. The company was passed through subsequent generations until Nino Caruso finally decided to begin making and bottling his own wine in the mid 1900’s. In 2004, Stefano Caruso joined forces with Mario Minini of Lombardy to launch the present-day winery, producing wines from indigenous Sicilian varietals such as Catarratto, Nero d’Avola, Frappato, Inzolia, and Nerello Mascalese. Today, Stefano’s daughter Giovanna works closely with her father to head up this historic winery. The winery now boasts 120 hectares at 200-400 meters above sea level, including 5 hectares that are farmed organically and dedicated to Giovanna Caruso’s BIO project featured in today’s tasting. Located 20 kilometers from the sea, the area is cooled by strong winds, yet is far enough from them to avoid any potential damage. The area, which was under water millions of years ago, is characterized by its alluvial soil, rich in water and organic substances. Most notable are the large stones called cuti in local dialect. The softball-sized cuti not only impart a distinct minerality on the grapes grown in them, but also soak up heat from the sun which they transfer to the vines, allowing for an earlier ripening of the grapes thus making harvest possible at a stage which will allow for higher acidity in the wines.

Only one third of the wine is aged in barrique for 4 months, just the needed time to build some structure without compromising the freshness. The grape clusters are carefully selected by hand and after fermentation in steel, the wine ages in barrique (50%) for two months, followed by two months of aging in bottle. The intent is not to cover with wood the freshness and notes of cherry and strawberry that characterize Nero d'Avola Naturally Bio. 30% aged in barrique for 4 months and the other 70% went through malolactic fermentation in stainless steel tanks for 8 months.